Your actions define you. When you choose to solve problems with empathy before brawn, how does that shape who you become? How does that change the world around you?

Praxis Arcanum is a deckbuilding roleplaying game for 2 to 6 players, focused on the co-creation of characters and setting through play. In Praxis, players create a troubled fictonal world they will explore through the eyes of a character that hasn’t yet come into their own. Who that character becomes depends on each player’s choice of actions, and how those actions impact the world.

Praxis starts by collaboratively designing a custom world featuring an abnormal power called The Weird. The Weird can range from mutant superpowers, to elements of magic, to the existence of paranormal entities. Whatever you decide it is, the Weird has significantly shaped the world and the characters within it.

The details of this custom world will be written on a deck of cards. New cards are added to the deck to reflect the players’ exploits and discoveries. Similarly, each player has their own deck made up of cards describing their character’s passions, skills, and powers.

Your character's thoughts, skills, and powers exist as cards in your hands, to be played when needed. Characters learn from each action they take  as they struggle through stories of self-discovery. Play to discover your character's changing personalities, abilities, and desires through their actions.

At the core of Praxis Arcanum is this simple principle: your actions define you, whether you make them whimsically, or out of dire necessity.

The world is your own. Who will you become?

Build Your Own Custom Character

A gorgeously-illustrated 50-page rulebook will help quickly get you into the game. Perfect for a new GM, or if you're too busy to prepare between games.

Create Your Own Setting

Stories told through this system can range from fighting oppression as a group of misfit mutants in a world of blazing heat, to creating educational reform in support of teaching wild magic in a society of structured magic.

Tired of your RPG campaigns dying out before the story ends? Praxis Arcanum is designed to be played over 8 sessions of 3-4 hours each, keeping commitment goals easy.

Designed with Friends in Mind

Praxis has simple core mechanics that make it easy for a TTRPG beginner to tell a rich story. For those who seek it out, there's a subtle strategic complexity. Play with any of your friends, no matter how familiar they might be with roleplaying games.

NOTE: Praxis Arcanum is in development. Game rules may be subject to change. Choosing to support Praxis Arcanum today will allow you to access every future release version! Follow along on Discord and Twitter!

In order to download this game you must purchase it at or above the minimum price of $10 USD. You will get access to the following files:

Support this game at or above a special price point to receive something exclusive.

Every purchase made at or above $20 will make  a sponsored copy available for free to someone else in the community. 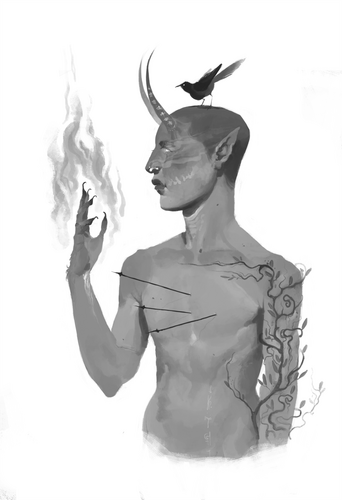 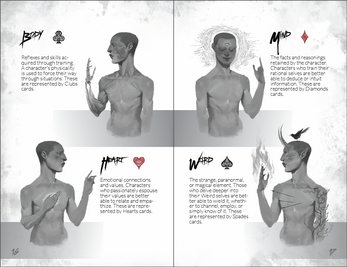 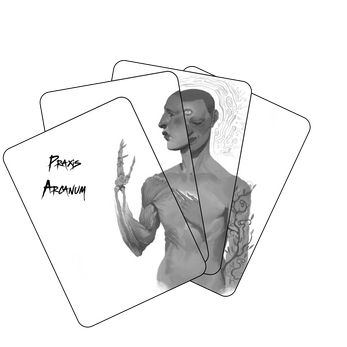 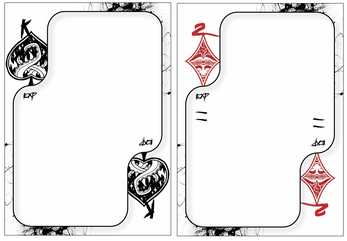 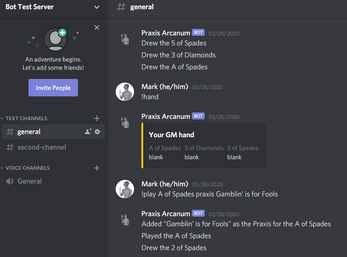